Hopefully everyone had a safe and happy New Years. We are almost a week into the year 2015! Which means we are now as close to 2030 as we are the year 2000… pretty crazy huh? With the New Year, comes many New Year’s resolutions. Many people find that New Year is the perfect time to make a change in their lives. Hopefully, by this time you are still sticking to your new resolution.  But why do so many New Year’s resolutions fail?

Many studies have been performed to show how successful the majority of people’s resolutions are. What they have found is, normally the first two weeks go great! At this time you are still excited about your new life change and you’re determined to keep it going. However, by February, people slowly start getting back into their old routines. Often times, by December, many people are right back to their old ways or even worse. Studies show that nearly 50% of the population makes a new resolution every year. However, about 92% of the resolutions started on January 1st, will fail. But, why is that? Are people just that weak-minded? 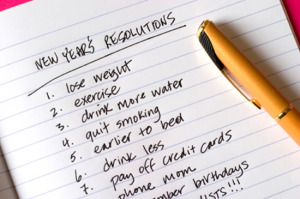 Not necessarily. There are multiple reasons why the majority of New Year’s resolutions are unsuccessful. One of the biggest reasons that New Year’s resolutions fail, is because people set unrealistic goals and expectations. They often believe that if they lose weight, exercise more, or quit smoking, their entire lives will change. When that doesn’t happen right away, people resort back to their old habits. Life changes take time. You can’t expect to reach your goal magically over night.

To make a resolution work, you need to change your thought process and “rewire” your brain accordingly. It has been proven that habitual behavior is created by thinking patterns which become the default basis for your behavior when faced with a choice or decision. When you try and change your default thought process by simply “not trying to do something”, you only strengthen that urge. Change requires you to create a new form of thinking. For example, a smoker might “need” to smoke a cigarette after every meal. It’s not always necessarily that they have to. But, their brain tells them once they have finished a meal, it’s time to smoke. By making your brain believe it doesn’t need to be like that, you will easily be able to put an end to bad habits and start good ones. You can apply the same principle to most resolutions.

If you’re thinking about making a New Year’s resolution, here are a few tips to help you stick with them and become successful in your resolution goals.

1. Focus on one resolution. When someone try’s to quit smoking, lose weight and whatever else all at once, they find themselves overwhelmed and just quit trying. Stick with one resolution and when you’re successful with that one, move on to the next.

2. Don’t wait until the end of your goal to celebrate your success. Setting milestones throughout your progress will keep you motivated and keep you wanting to reach the next step of your resolution goals.

3. Start with small steps, often times when trying to make a huge adjustment to your life, it’s to big of a step to take at once and people give up. Once again, smoking is a great example. Someone who smokes four packs of cigarettes a day is going to have a hard time quitting cold turkey. Although, some people do have the willpower to change their way of thinking and can do so. However, for the majority, this will not be the case. Over time, you will be able to “rewire” your brain into telling yourself you don’t need cigarettes all together. But for now, maybe start by smoking one less cigarette per day until you don’t need any. The same with weight loss. If you’re someone who drinks a lot of soda and you want to cut back, maybe swap out one soda per day with water until one day you won’t need soda at all. Small steps are better than no steps! Any change towards improving your life is well worth it.

4. Like we discussed earlier, focus on changing your thought patterns and new behaviors. Your brain is a powerful tool. You decide what you want it to believe. Don’t allow it to control you.

5. Focus on the present. When focusing on the long term goal, you will more than likely become discouraged because you’re not seeing results as fast as you would like. Try picking one thing everyday that will contribute to you reaching the goal you set. Seeing small progress will keep you wanting more!

6. Set specific goals. Saying you’re going to try and lose weight is not a specific goal. If your resolution is to lose weight, decide what weight you would like to be at. Maybe you want to lose 20 pounds. Set yourself a realistic goal date that you want this to happen by. Knowing you have a set amount of time will keep you focused on achieving your goal. If you don’t meet you goal date requirements, don’t panic! Now you know that maybe next time you should try to lose 10 pounds in the amount of time you originally wanted to lose 20. Learn from your failures and find out what it will take to reach that goal the next time. Before you know it, you might lose 50 pounds! How awesome would that be?

7. Share the progress of your resolution with friends and family. You should do this for more than one reason. For example, maybe you’re resolution is to start exercising. By talking with your friends and family, you may inspire them to do the same. Often times when you have someone to take on a new challenge with, it becomes easier to accomplish knowing you’re not alone. Especially with something like exercising. Two heads are better than one. You can compare techniques and newly acquired knowledge that will help you both achieve your goals. 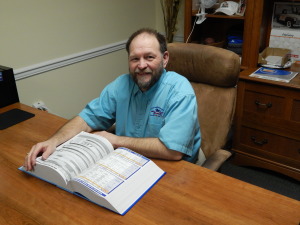 And last but not least, have fun with it. Whether its starting to exercise or beginning to manage your money more efficiently. Find a way to make it more enjoyable. Make little games, or reward yourself throughout your progress. Do anything you can to stay motivated and keep doing what you need to accomplish your goals.

I hope after reading this, you have more confidence in tackling your New Year’s resolution. Just remember, it’s never to late to start or stop. And it can never hurt to try. You may fail. You may fail multiple times. Just keep in mind, some of the most successful people this world has ever seen, got knocked down time and time again. If they would have quit, we might not have some of our favorite companies such as Apple or Microsoft. Never quit and always continue to strive for what you desire.

As the new year gets rolling. We would like to thank all of our wonderful customers and loyal employees that get us through each year. Without all of you, there would be no ASJ. So lets embrace the New Year and everything it has to throw at us. We look forward to seeing you all this year. Keep a look out for new things from ASJ in 2015!